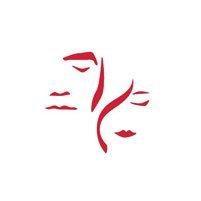 Spider veins won’t affect your health, but their appearance on your face and legs can be embarrassing. You don’t need to live with spider veins because the team at Revive Wellness Center offers safe and effective treatment options to solve the problem. Contact one of their offices in Torrance and Palm Springs, California, or schedule an appointment online. The sooner you eliminate spider veins, the happier you’ll be with your appearance.

What are spider veins?

Spider veins, or telangiectasia, are tiny capillaries close to the skin’s surface that become visible as they enlarge over the years. They look like red, purple, and blue spider webs or tree branches. Spider veins can develop anywhere on your body, but they’re most common on the face and legs.

Spider veins seldom cause health problems. They sometimes itch, and they may get so large and fragile that they bleed, but that’s rare. In some people, they look more like a rash than distinct veins; either way, they can be embarrassing.

How does sclerotherapy eliminate spider veins?

The standard treatment for spider veins, sclerotherapy, consists of an injection directly into the veins. The injection contains a medicated solution that irritates vein walls and makes them collapse. The collapsed veins are absorbed into the surrounding tissues and eliminated by the body, so they fade away. Meanwhile, blood flow naturally reroutes through healthy veins.

Sclerotherapy usually takes about 15-60 minutes, depending on the number of veins being treated.

Can spider veins be treated with laser therapy?

Absolutely. When lasers are set to a specific wavelength, they’re selectively absorbed by the dark pigments in the veins. This means the laser can treat tiny spider veins without harming the surrounding skin.

The laser’s energy heats the veins until they reach a temperature that makes them break down, then the waste is naturally absorbed and eliminated from the body. Laser treatments for spider veins may take 15-60 minutes, depending on the number of veins being treated.

During the treatment, you may experience a slight stinging that’s often described as feeling like a rubber band snap, but the procedure is tolerable.